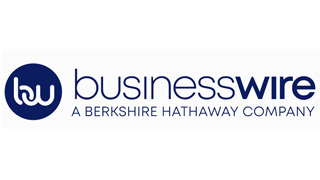 SOUTH SAN FRANCISCO, Calif.–(BUSINESS WIRE)–Circle Pharma, a company focused on developing macrocycle therapeutics against targets previously considered to be undruggable, has appointed Paul Park, MBA, as its Chief Business Officer. Mr. Park has extensive business development experience in life sciences in prior roles including vice president of business development at Ionis Pharmaceuticals, head of strategic partnerships at Aetion and various roles in international licensing, strategy and corporate development at Amgen. He joins the leadership team at Circle as the company is advancing its lead program, an orally bioavailable Cyclin A inhibitor, towards the clinic and applying its macrocycle platform to expand its pipeline which includes other targeted oncology therapeutics.

“Paul has a strong record of leading deals including large pharma partnerships, major M&A transactions, licensing and financings, as well as strategic corporate development experience,” noted David J. Earp, JD, PhD, Circle’s president and CEO. “We’re delighted to welcome him at an exciting time: our lead program is moving towards the clinic in a target space – cyclins and cyclin dependent kinases – that is generating a lot of interest, and we are growing our pipeline.”

“I’ve been impressed by the capabilities of Circle’s macrocycle platform to address key challenges that have stymied macrocycle drug developers, including achieving robust cell permeability and oral bioavailability, as exemplified by the company’s Cyclin A program,” noted Mr. Park. “I am looking forward to helping the Circle team to harness the platform against other challenging targets that will hopefully yield new treatment options for patients with unmet medical needs.”

Mr. Park led the Ionis team that orchestrated numerous significant transactions including most recently the co-development and co-commercialization deal with AstraZeneca for eplontersen, the spin-out of Ionis’ oncology portfolio to Flamingo Therapeutics, and in-licensing transactions with Bicycle Therapeutics and Genuity Sciences. Earlier in his career at Amgen he played key roles in the acquisitions of Tularik and Immunex. He obtained an AB in health and society from Brown University and an MBA in healthcare management from The Wharton School.

About Circle Pharma, Inc.
Circle is a pre-clinical stage company deploying a platform that combines structure-based rational drug design and advanced synthetic chemistry to develop first-in-class macrocycle therapeutics for challenging targets to address unmet clinical needs. Circle’s technology facilitates the design and synthesis of intrinsically cell-permeable macrocycles that can address both intra- and extra-cellular therapeutic targets, and can be delivered by multiple routes, including oral administration. Circle’s macrocycle drug discovery & development platform is applicable across a wide range of serious diseases; the company is initially focusing its development efforts on intracellular protein-protein interactions that are key drivers in cancer. Its pipeline targets include cyclin proteins, including cyclins A and E, which are part of the regulatory machinery that controls progression of cells through the cell cycle. Inhibition of cyclin A has been reported to be synthetic lethal to cancer cells that carry mutations causing dysregulation of the Rb pathway – such mutations are frequently found in small cell lung cancer. Cyclin E upregulation is found in many tumor types including uterine and ovarian cancer and is often associated with resistance to widely used cancer therapies, including trastuzumab and cdk4/6 inhibitors.